Acute Art is delighted to announce the new augmented reality series, AR-BEIT by esteemed artist Alicja Kwade. This is the second AR project realised in collaboration with the artist.

Free to download via the Acute Art app, this series consists of four individual sculptures and installations inspired by works from the artist’s oeuvre. Unlike their physical counterparts, users are able to touch, interact with and virtually place the works indoors and out allowing users to engage with Kwade’s works within a new dimension.

Download the free Acute Art app and interact with Alicja Kwade’s new AR series wherever you are:

Inspired by The Interpretation of Dreams written by Sigmund Freud in 1899, Kreisel (Inception) (AR) emulates the small silvery spinning top seen in the last frame of Christopher Nolan’s 2010 film of the same name. Within the film, the spinning top is used to determine whether they are really ‘awake’ as the characters find themselves trapped in a dream within a dream. However, in Kwade’s work, the spinning top constantly spins, trapping her audience within the dream.

Referring to the popular proverb, ‘to bury one’s head in the sand’, Angst (AR), an anthropomorphised Kaiser-Idell lamp sticks its head into the ground when the user walks towards it. The sculpture’s curious mannerisms forces an emphatic reaction from the user.

All at Any Time (AR)

In All at Any Time (AR), users are able to drag hypothetical forms of the universe across the screen so they fit together like a jigsaw puzzle, referring to the idea of interacting parallel universe.

MarsMelone (AR) looks initially like a common watermelon, but on closer inspection, users will notice its stripes run horizontally instead of vertically, emulating the outer surface of mars. Much like the planet itself, the work hovers in space. Users are also able to rotate the object by tapping on it. 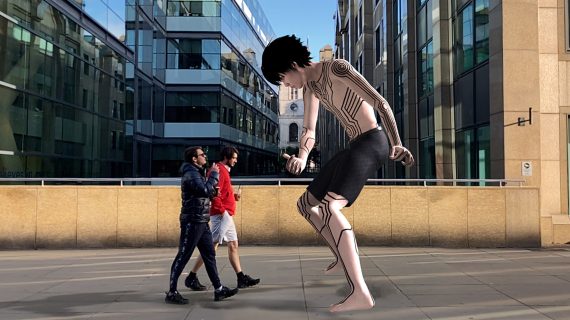 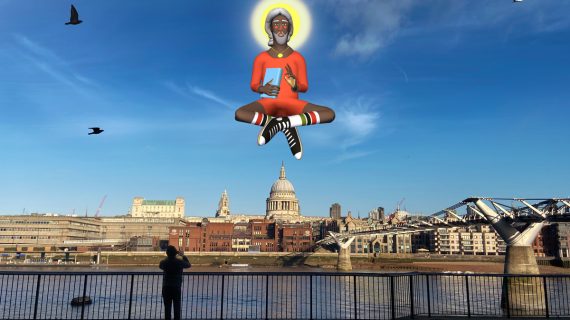 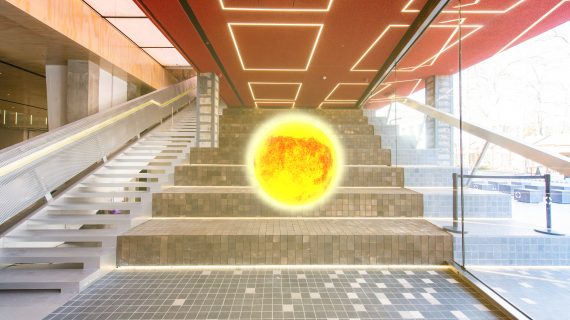 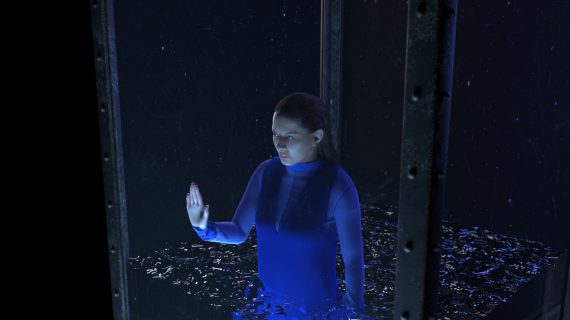 Marina Abramović’s first VR work, Rising, is now on view at the The […]